Spring at the National Arboretum 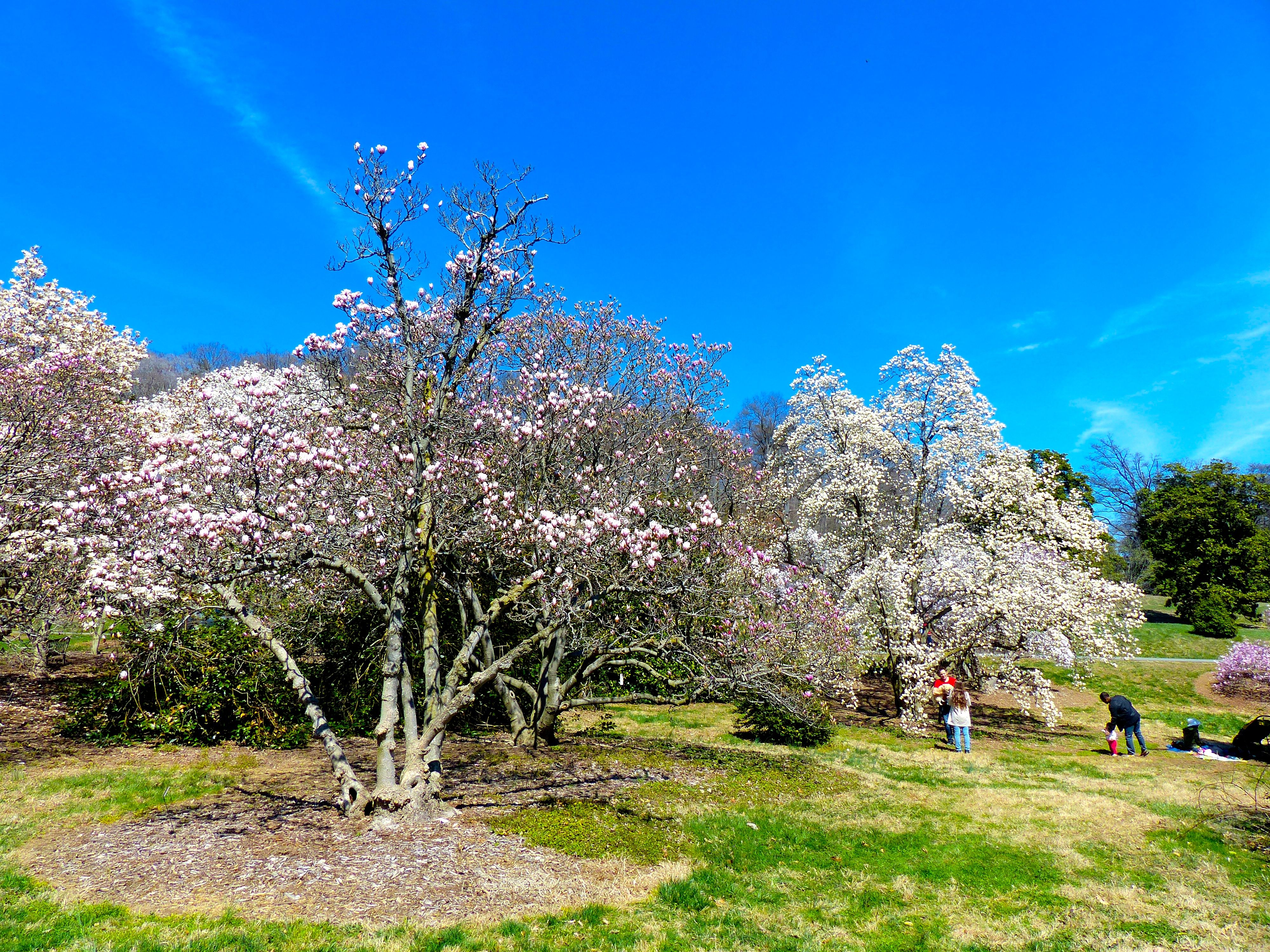 07 Apr Spring at the National Arboretum 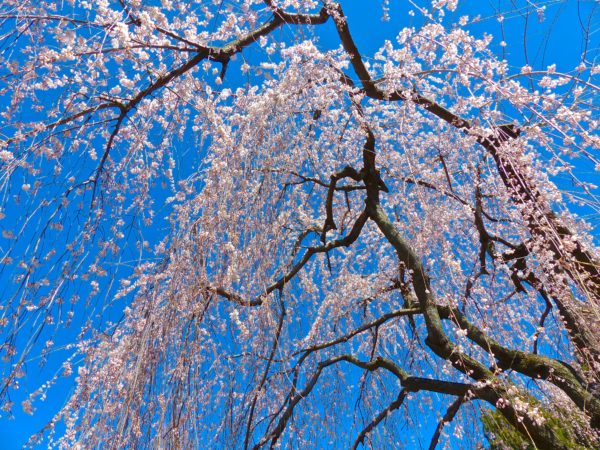 After an especially brutal winter, I think everyone is like me: eagerly awaiting the warmth and new life that comes with spring this year. This weekend, I spent an afternoon the National Arboretum, a place I’ve long heard about but hadn’t yet visited. I can happily report some good news… spring is finally here!

For those of you looking to escape the city in search of wide expanses of green grass, blooming flowers and –yes– cherry blossoms, spring at the National Arboretum is the place in the D.C. area to your flower fix. It’s similar to those elaborate private gardens like Pennsylvania’s Longwood Gardens, and Lewis Ginter Botanical Garden in Richmond, though not as fancily designed. But the National Arboretum has two great perks: it’s much closer… and it’s free.

Despite the flowers being a bit delayed due to this year’s excessive cold, I found blooms opening all over the park’s 446-acres. By mid-to-late April, it should be absolutely spectacular. (TIP: You can review the “What’s Blooming” section on the Arboretum’s website — but keep in mind we’re a few weeks behind this year.)

I started my visit with a ride on the Arboretum’s tram. Running on the hour from 12 pm to 3 pm, I found the 35 minute ride to be very informative. It also helped me get my bearings to see where the best blooms were so that I could revisit on foot after the ride was finished. (The ride cost just $4 per person!) 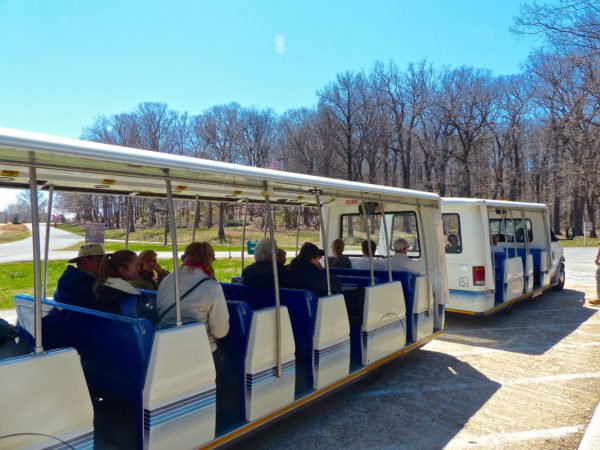 Some views from the tram ride: 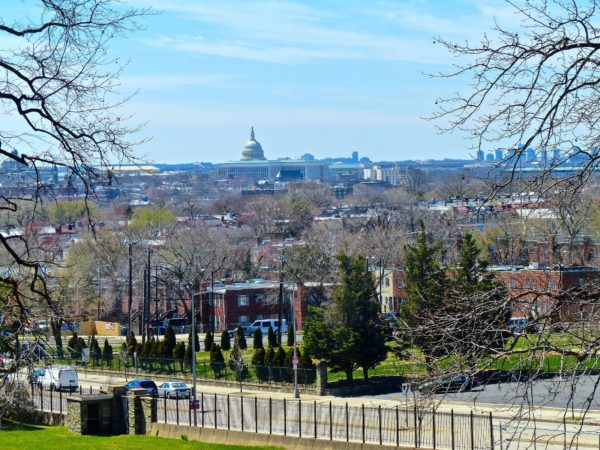 A view of the U.S. Capitol building… who knew we were so close to downtown D.C.! 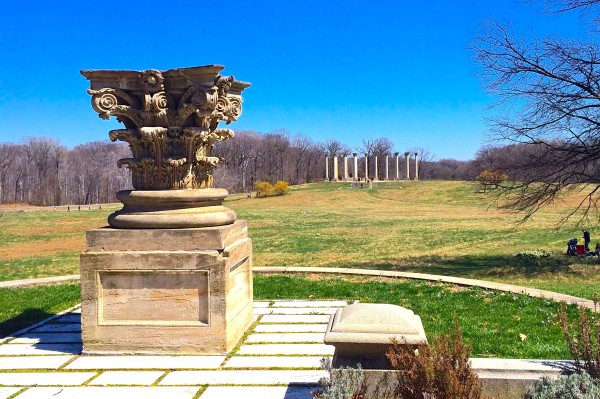 A view from a distance of the Capitol Columns… In 1828, these 22 columns were part of the U.S. Capitol. Today, they are a striking focal point of the Arboretum. 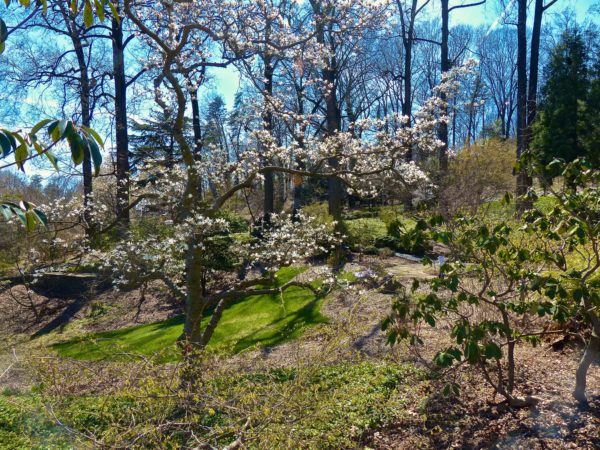 Once the tram ride was done, I was eager to get out and explore some areas of the Arboretum up close. First up, the Capitol Columns beckoned… 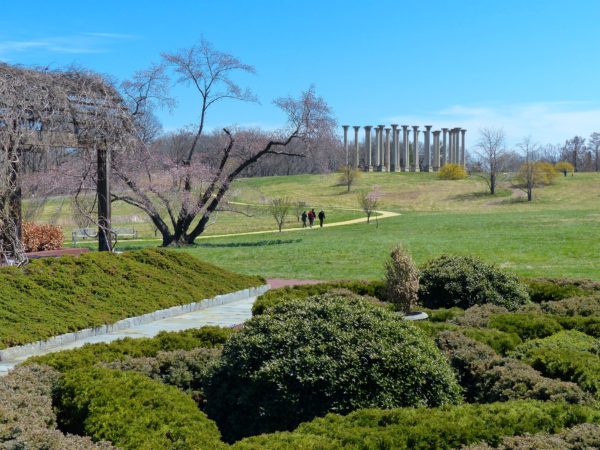 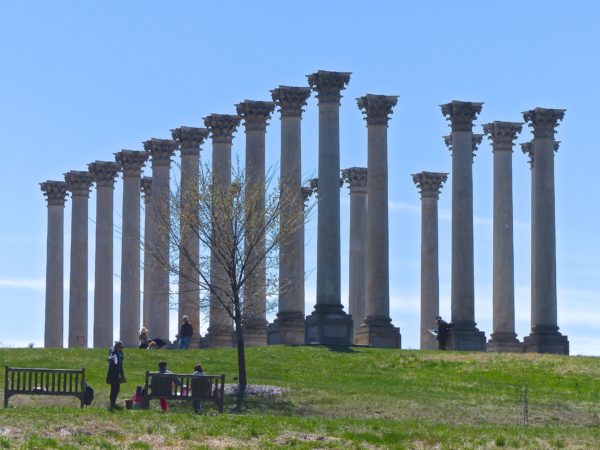 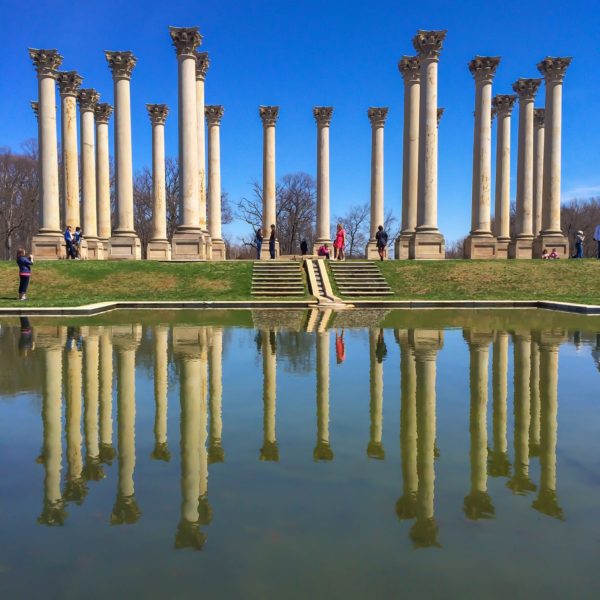 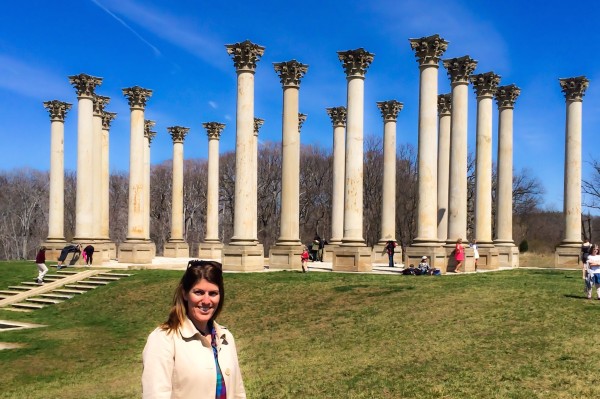 After spending quite a bit of time enjoying the Capitol Columns from all angles, I headed to the Holly & Magnolia Collection, which was in full bloom. This was by far most picturesque and in-bloom in the entire Arboretum. The air in this grove of trees was sweet with the fragrance of flowers, and people were picnicking, and children playing. It was here that I finally felt that spring had officially arrived! 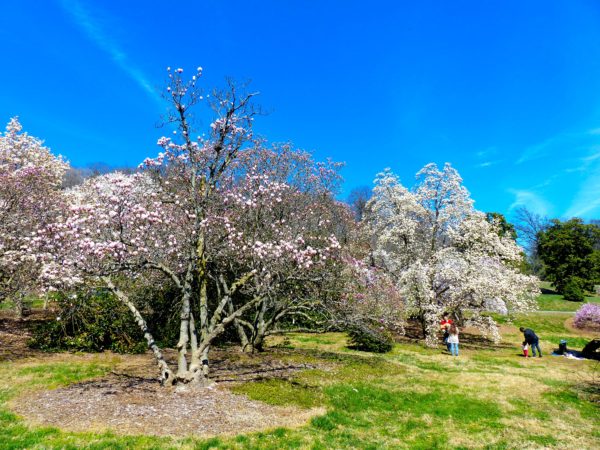 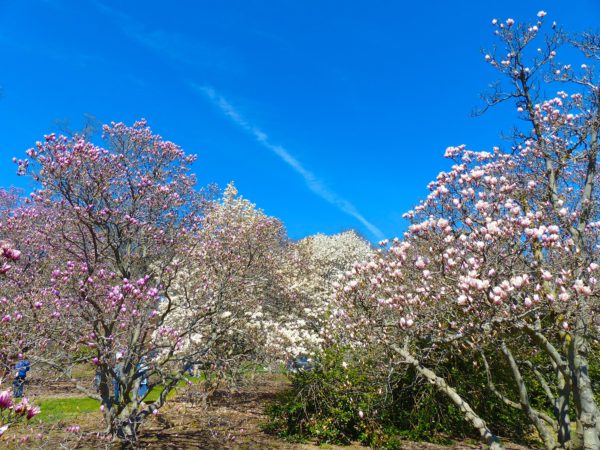 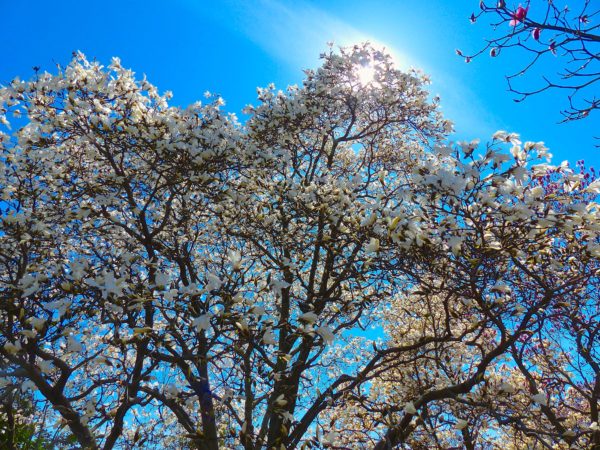 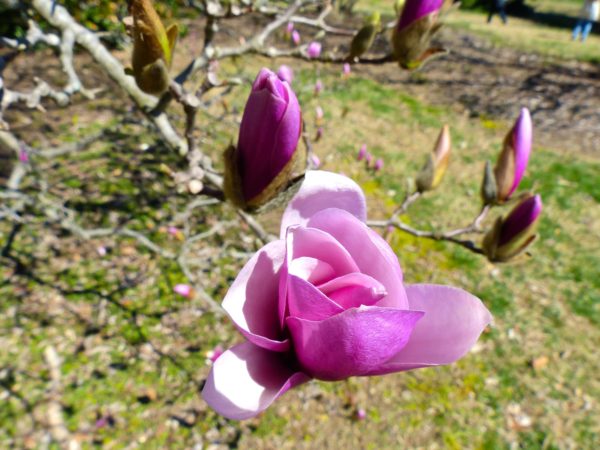 Here are some other blooms that I spotted throughout the Arboretum. 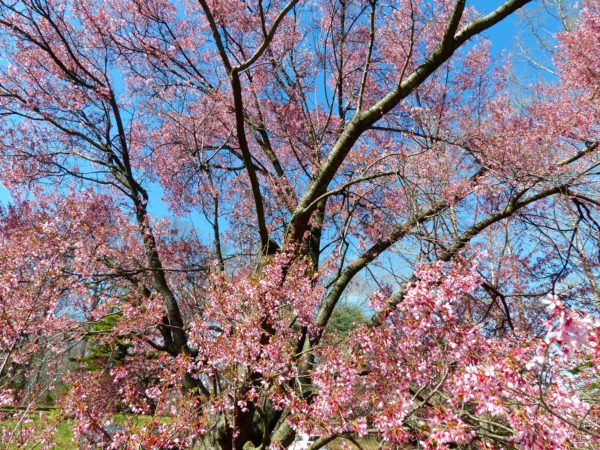 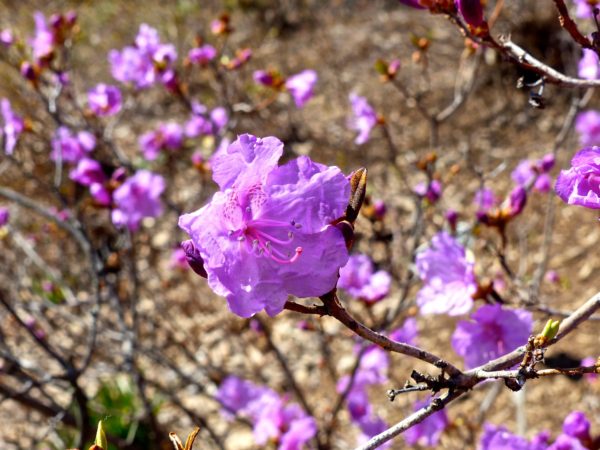 An early Rhododendron blooms near the Asian Collection 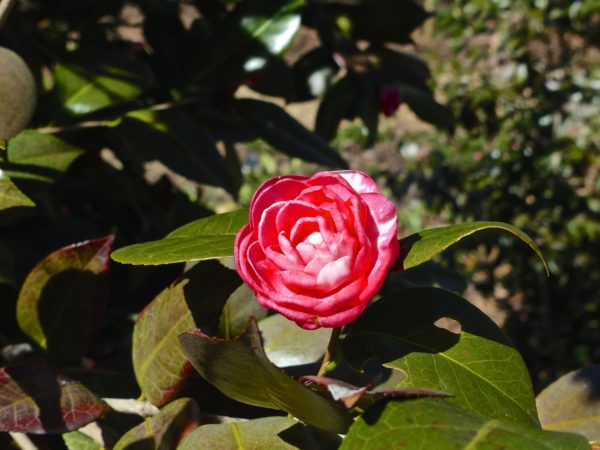 The Camellia plants were all blooming shades of red, pink and white in the Asian Collection