To Ottawa, With Love 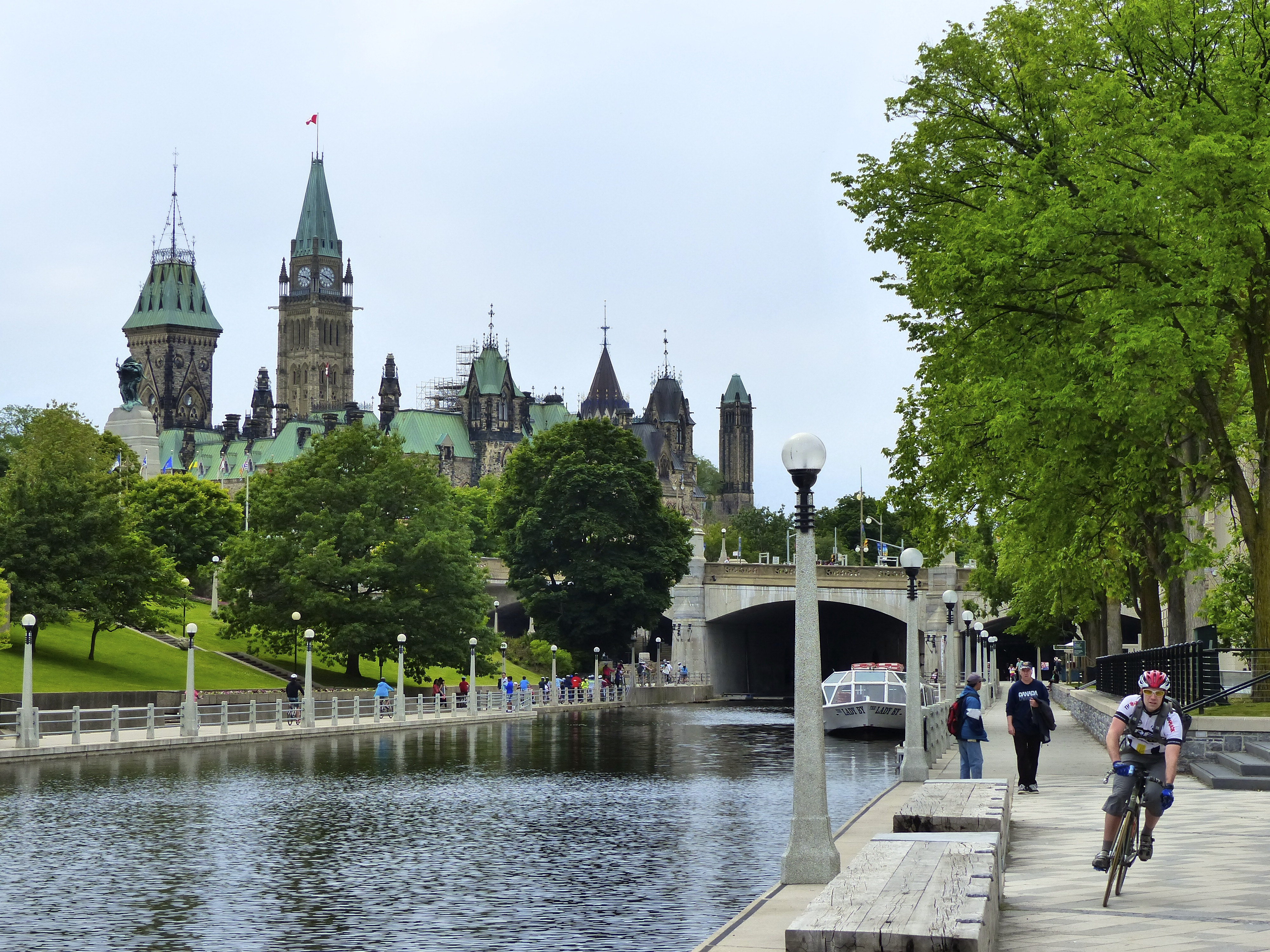 10 Jun To Ottawa, With Love

Posted at 07:21h in Short Trip by Christina Ricchiuti-Dubin 8 Comments 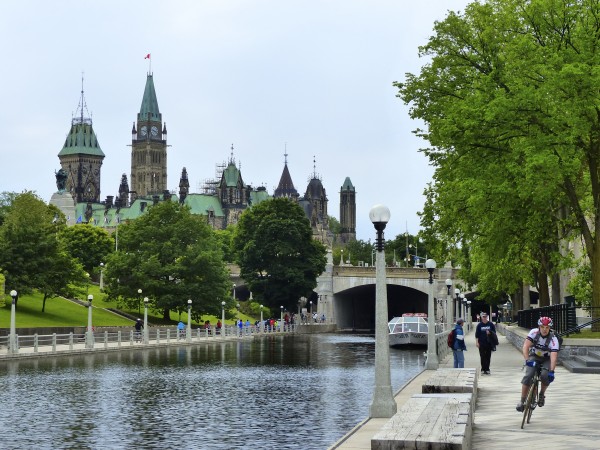 Last week, I met a man on the train between Toronto and Ottawa.

We exchanged the normal how-do-you-do’s, bonded over the unparalleled perks of VIA Rail business-class train travel and started to chat about our journey.

When he discovered I was a travel blogger headed to Canada’s capital city, he furtively looked around the cabin before leaning in closer, saying, “Oh, Ottawa’s like the Midwest of Canada… why would you ever want to go there?”

Now that I’ve had a chance to reflect on my 4 days exploring Ottawa, I feel compelled to say… like so many others, my misguided friend on the train has gotten it completely wrong.

He’s thinking of the old Ottawa, the one that had a sleepy, meat-and-potatoes culture and a population as fleeting as the city’s political season.

It’s a true foodie town – one that champions the local farmer. And, it’s not an emerging food scene- the foodie culture’s already there. I learned that about 5 years ago, Ottawa’s chefs became tired of the mediocre expectations and started a culinary revolution. 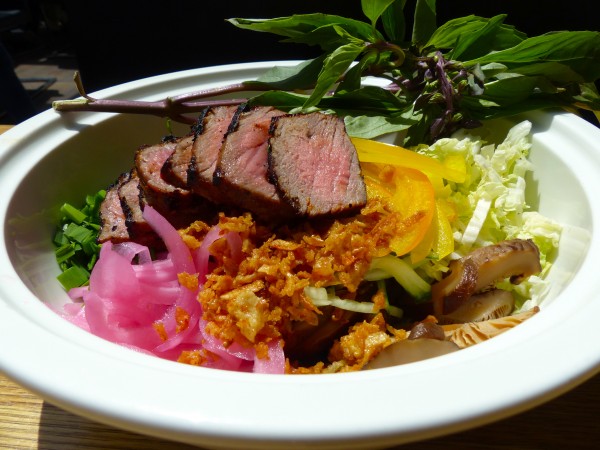 Today, over 1,100 farms are within Ottawa’s city limits, and restauranteurs hand-select the best  farms to supply the produce, cheeses and meats to feature on their menus… and do it happily even though it may be pricier than ordering through larger suppliers.

Today, the farm-to-table movement is everywhere you go, from the bustling ByWard Market with stall after stall of seasonal produce like fiddleheads and wild garlic, to the gastropubs pouring pints of beer infused with local bacon. Yes, bacon. (How hipster!) 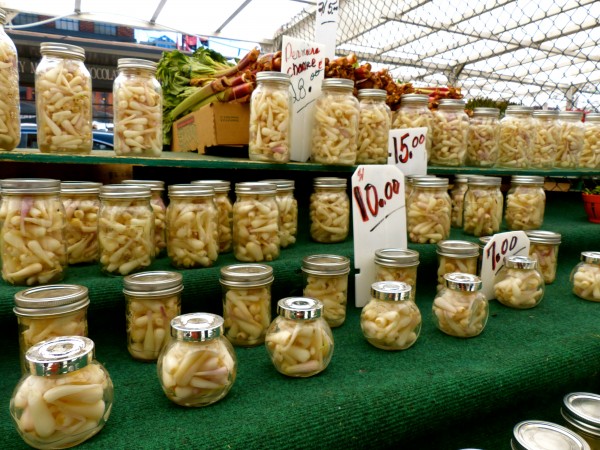 It’s a city that’s big enough to be interesting, with diverse neighborhoods like the Glebe and Wellington West with distinctly unique personalities. But it’s small enough to be safe and accessible for newcomers coming in for a quick visit.

Ottawa is a city defined by a lot of pride. It wasn’t until I got here that I really thought about it and realized that Ottawa is Canada’s capital city. Much like my hometown of Washington, DC, the city is littered with monuments, government buildings and museums celebrating Canada’s rich history. 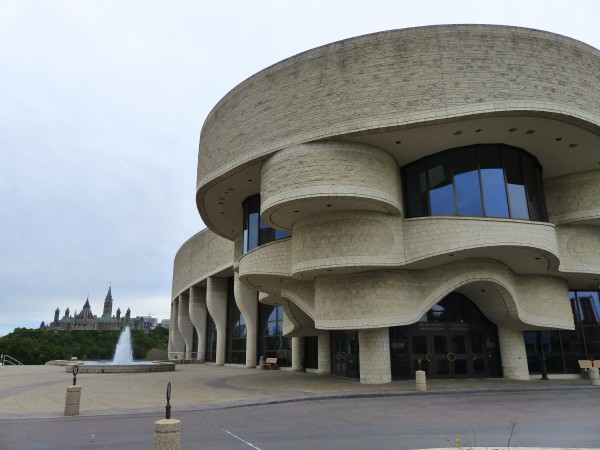 The Civilization Museum juxtaposed with Parliament

But despite all of the politicians and serious governmental work that happens within city limits, Ottawa doesn’t take itself too seriously. This dichotomy is illustrated best by the weekly summer yoga sessions on Parliament Hill, which often draw over 1,000 neon-clad fitness buffs to bend and stretch under the shadow of the stately Parliament buildings. 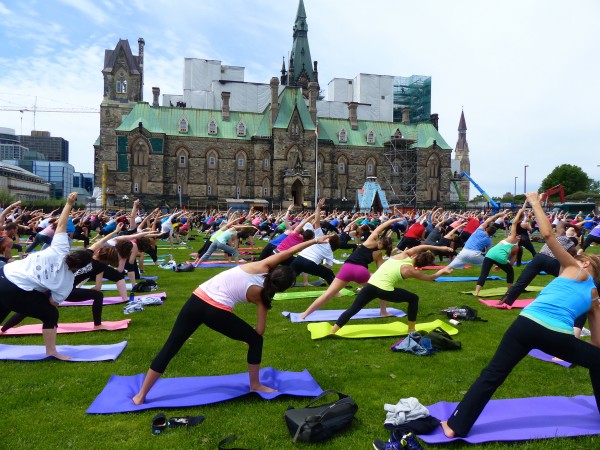 I wish I could see that “Man on the Train” again to tell him that the Ottawa of his memory has come and gone. That I found Ottawa to be a treasure, and one that I can’t wait to visit again. 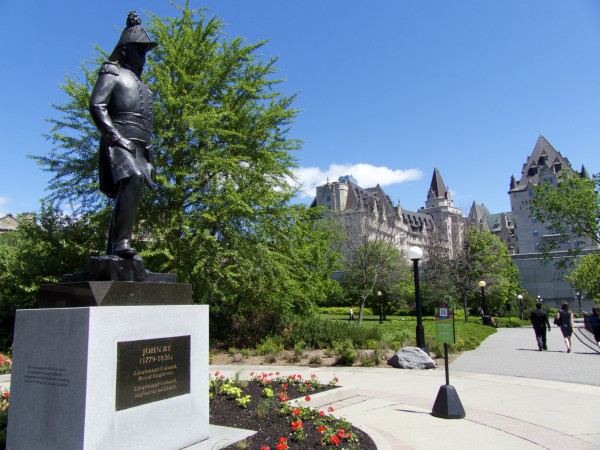