Hotel Review: The Brick Hotel on the Circle 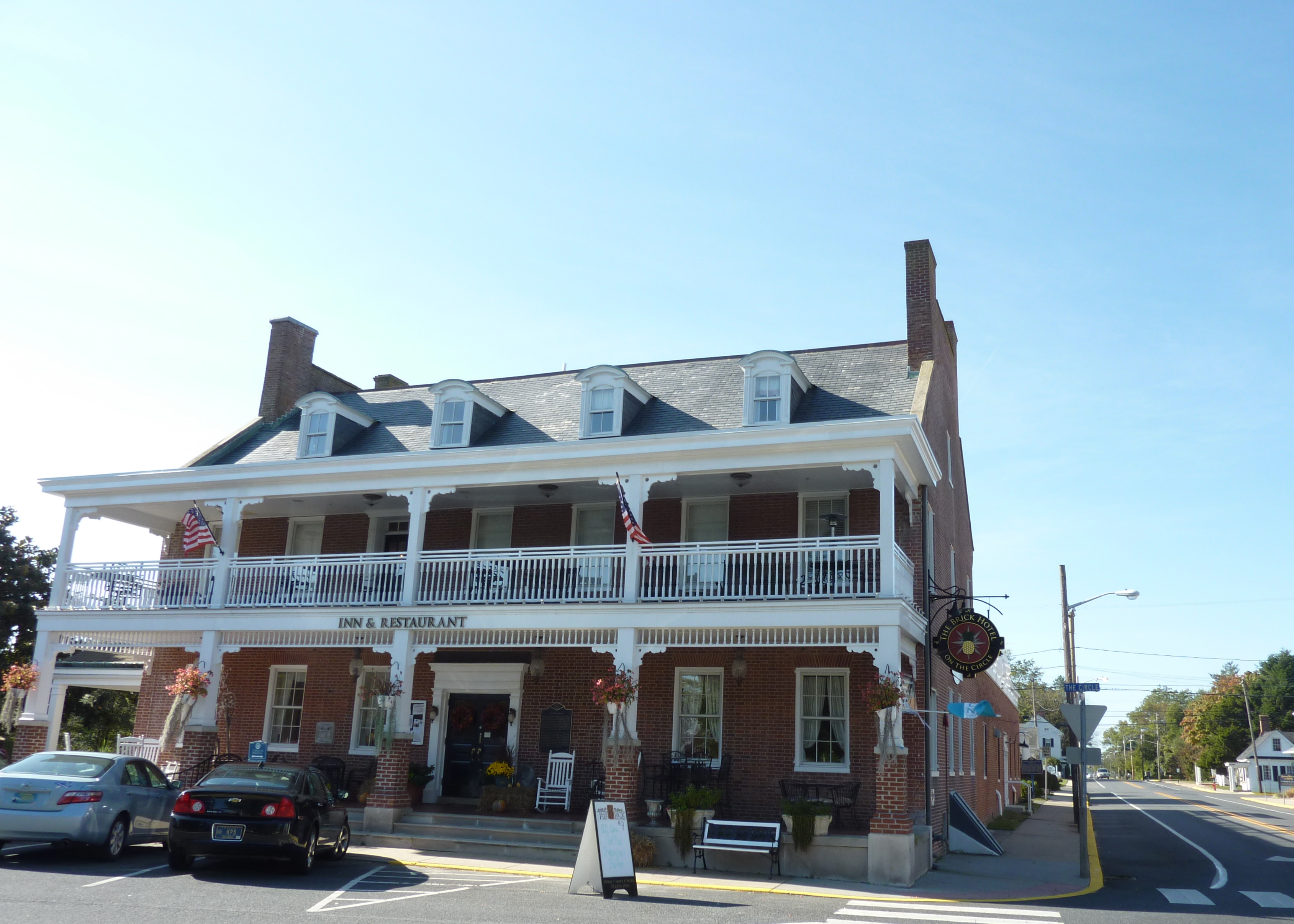 31 Oct Hotel Review: The Brick Hotel on the Circle 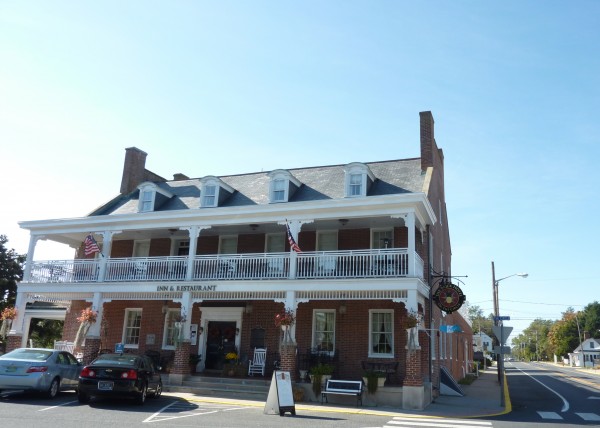 I’ve driven through the inland town of Georgetown, Delaware more times than I can remember en route to the more popular Delaware beaches. As I’ve driven around the picturesque town square’s traffic circle, I’ve thought “Oh, that looks so quaint!” but in my rush to make it to my final destination, I never made time to stop and visit.

On my recent quest to find Southern Delaware’s best hidden gems, I finally had the opportunity to explore Georgetown as I used the historic Brick Hotel on the Circle as my home base for the weekend.

I arrived late, delayed (as usual) by weekend traffic crossing the Bay Bridge. As I stepped through the hotel’s doors, I instantly felt like I was home. The lobby was warm, and cozy. I immediately was shown to my room by Garth, the hardest working hotel manager in Delaware. Within minutes, he had me checked me in, gave me a complete tour and shortly after I even saw him helping in the bustling restaurant downstairs. 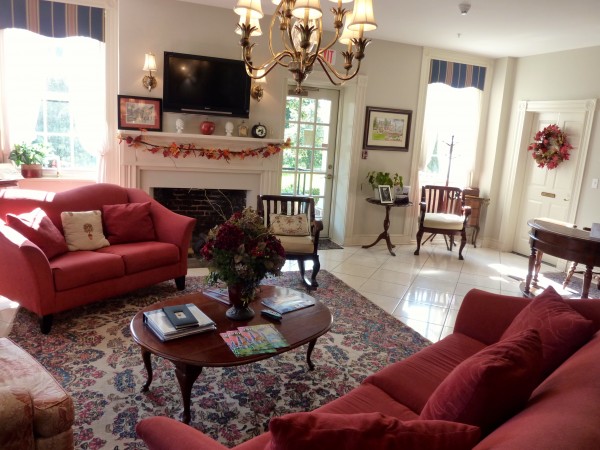 My room was the “Mayor’s Manor,” a nicely-sized corner room on the upper floor, overlooking the circle. It had a “hospitality” theme, with lots of iconic pineapples, and with an electric fireplace, cushy bathrobes and a flat screen HDTV, I knew I was in for a relaxing weekend. An added bonus was the array of complementary snacks and beverages on hand for late-night refreshment. 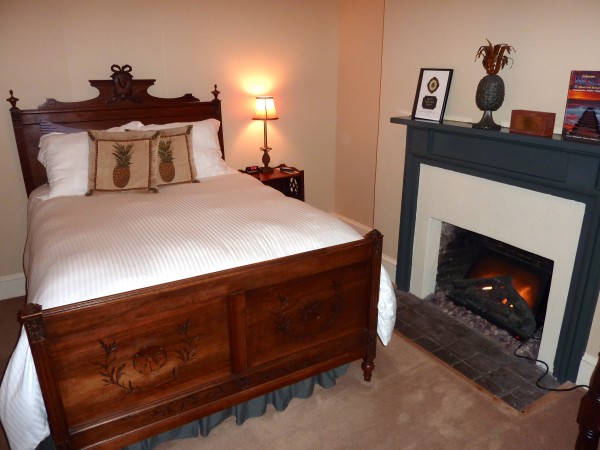 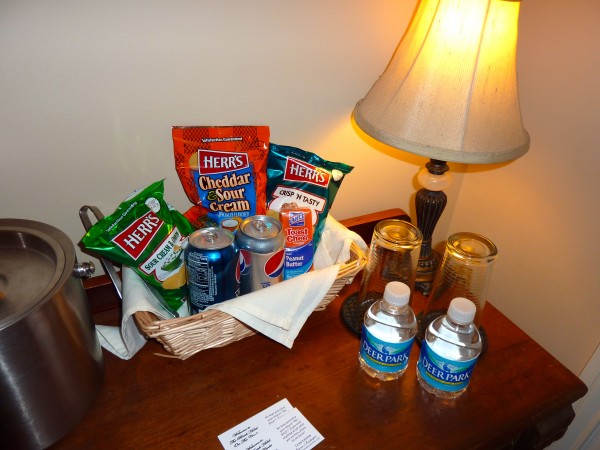 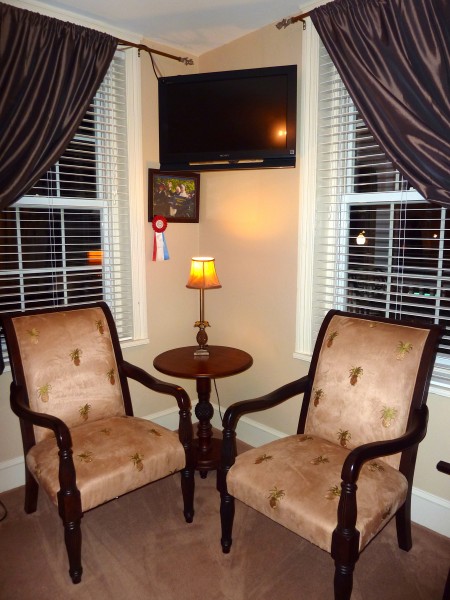 I had a chance to eat downstairs at The Brick Hotel’s Restaurant and Tavern and found that it is at once incredibly sophisticated (with a singer gently strumming guitars and singing Spanish lilts to quietly chatting diners) yet completely accessible and cozy as well. The menu was full of comforting American dishes, and the drink menu had lots of local spirits on it.

The best part about my stay was while I ate alone, Garth and the restaurant manager came and sat with me, regaling me with their favorite stories of Georgetown and Southern Delaware. I learned so much from this brief chat, including the history of the hotel (The innkeepers are Lynn Lester and her husband, Ed… he’s a former mayor of Georgetown!), the mind-boggling tradition of “Return Day” (a biennial celebration where county vote results are read in the town’s circle, and winners and losers appear together in horsedrawn buggies before literally burying a hatchet in sand), and the horrific story of villainess Patty Cannon (a woman who, during the early 1800s, would capture slaves and freed blacks then sell them to plantation owners in the South.)

The Brick Hotel on the Circle has the charm of a small B&B (where the innkeeper and staff know your name), but it’s just big enough where you have some anonymity with the other guests. And, since it’s situated in the county seat (which is 16 miles from anywhere else in the county), it’s the perfect central spot for all of your Southern Delaware exploration. 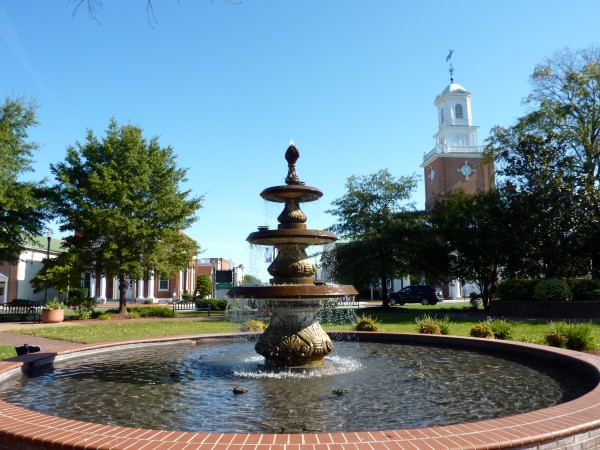 Georgetown’s Circle, and the hub of Sussex County