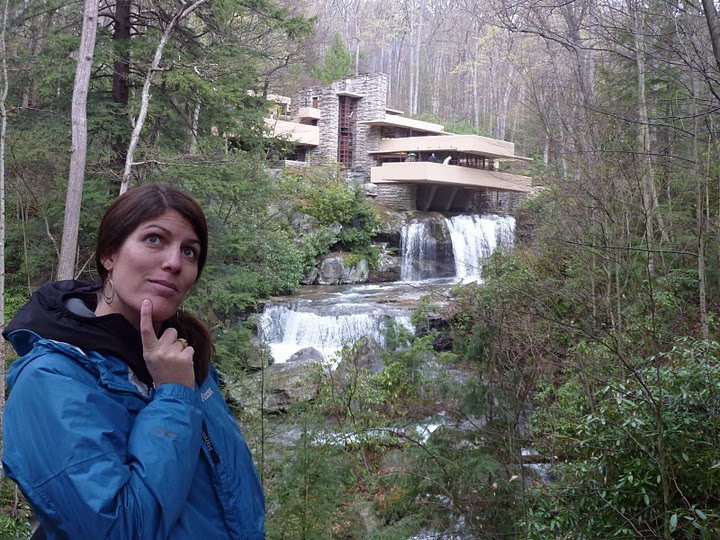 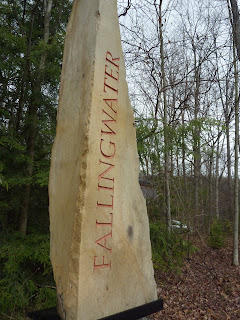 For as long as I can remember, I’ve yearned to visit Frank Lloyd Wright’s architectural masterpiece Fallingwater. I remember first hearing about it on a children’s show as a kid (Sesame Street, perhaps?) and the concept of a house built over a stream, perfectly integrated with the surrounding environment has intrigued me ever since. It was “organic architecture”… decades before it became trendy.

Living in Maryland, you would think that the Pennsylvania icon, located a mere 3.5 hours away, would be an easy place for me to visit. But year after year went by and I hadn’t yet made the trip.

After including it on my 55 Places Bucket List (#54: Ponder the genius of Frank Lloyd Wright at Fallingwater) it’s been on my mind a bit more than normal, and this April I finally took the time and made it happen. What resulted was a Mother-Daughter roadtrip full of fun, fantastic roadside attractions and, finally, Fallingwater.

Here is our DC to Fallingwater roadtrip though pictures…

First up was the Spruce Forest Artisan Village in nearby Grantsville, Maryland. Made up of 10 artisans such as a blacksmith, potter and sculpter working in restored log cabins, it was like stepping back in time and definitely worth a visit.