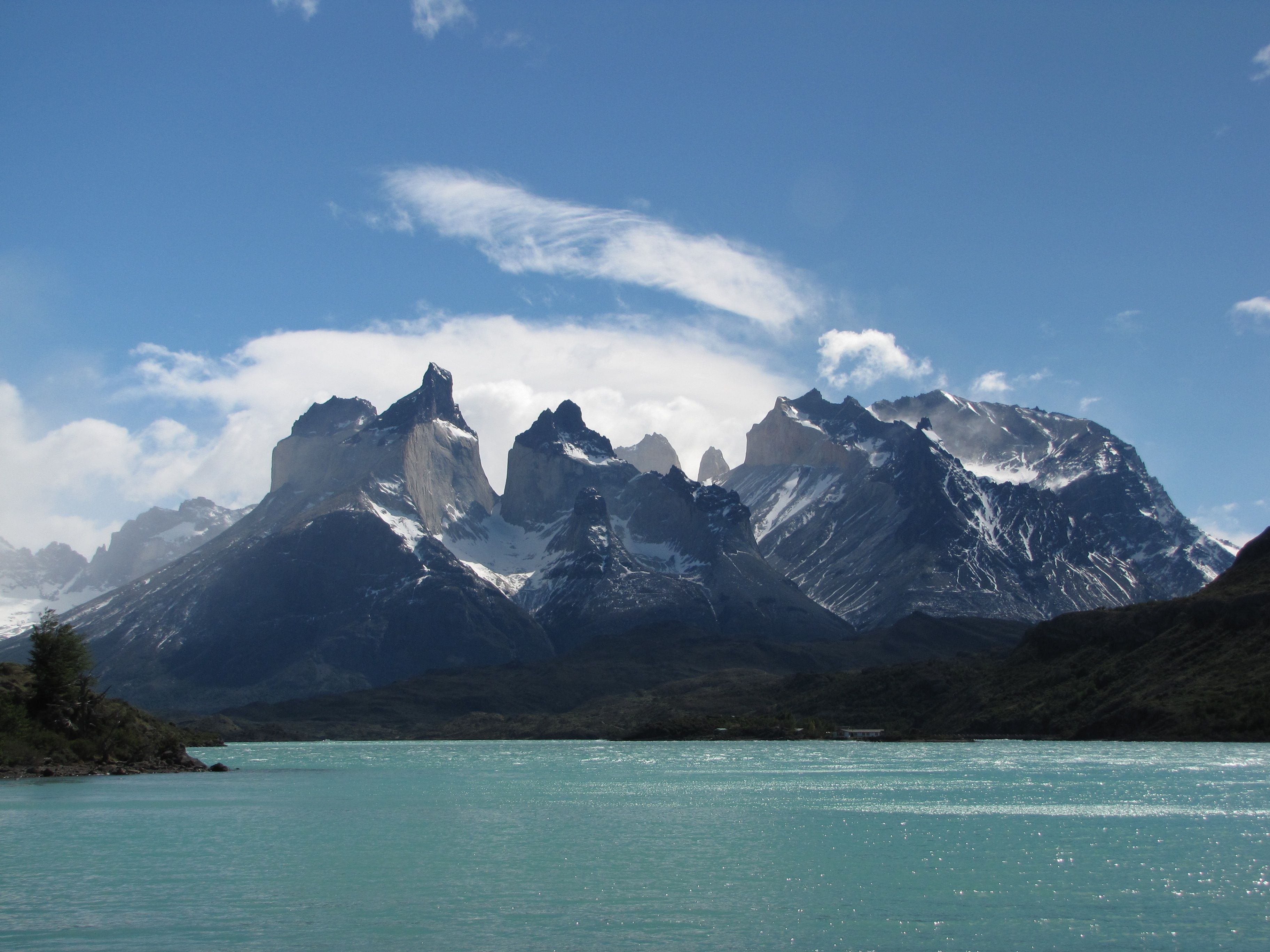 20 Oct Such is Patagonia!

Posted at 23:05h in Go, My Travels, Video by Christina Ricchiuti-Dubin 0 Comments

After 2 days of rainy, snowy grayness, I thought it was going to rain again today, my last day in Torres del Paine. I was absolutely convinced of it. One of my guides, Filipe, told me that the forecast was not looking good; he’s been here 8 years and knows what he’s talking about. Last night I went to sleep prepared to spend the entire day in my yurt, wallowing in disappointment that the park’s key treasures were hidden beneath clouds, just out of sight.

Silly me, I should have realized by now that Patagonia has a mind of her own and she does whatever she can to be unpredictable at all times. Just when I think I know what to expect, she goes and does the opposite. This truly is the land of unpredictability. Which is why I’ve found the response to any weather or nature comment is “Such is Patagonia.”

At 7:15 I woke up. Even with earplugs, the sound of the wind on the yurt was deafening. It sounded like it was absolutely awful outside. But I opened one eye and looked up towards the clear bubble at the top of the yurt, and saw blinding, crystal clear sun and blue sky that I could see even without my glasses. BLUE SKY! I jumped up, called the front desk and said “it’s now or never” before hurriedly packing for the day. I ran to meet my driver and my guides, 2 whole hours before we were supposed to meet, and we were on our way.

We drove straight to the Laguna Azul, an hour and a half away from our camp, hoping that we wouldn’t be too late to see the Towers. We weren’t. They were there and ready for their close-up. They were absolutely spectacular and the whole sight was just surreal. There may be some clouds around the top of the Towers and it may not be perfect, but there’s blue sky and sunshine, and, after all, “Such is Patagonia.”

Filming the Towers at Laguna Azul 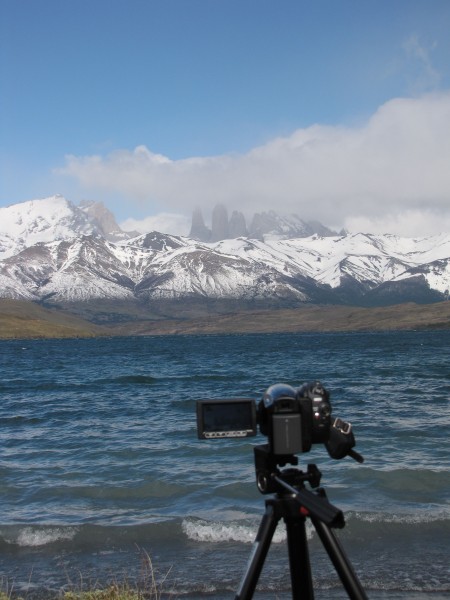 Another angle of the Towers 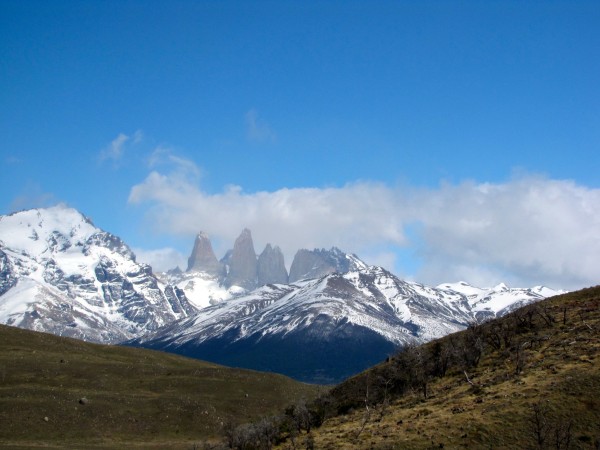 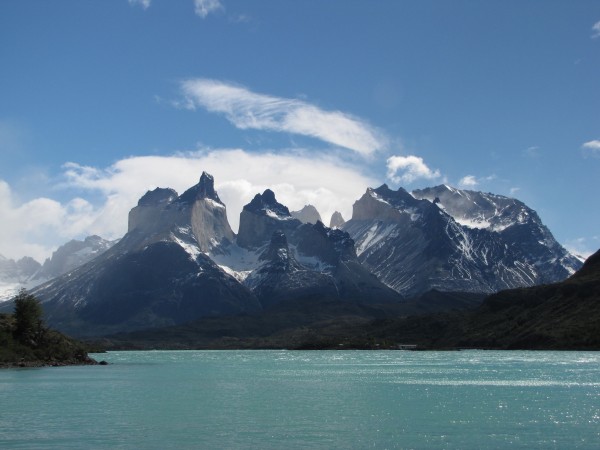 We even went back to Grey Lake so I could try to get some better iceberg pictures! 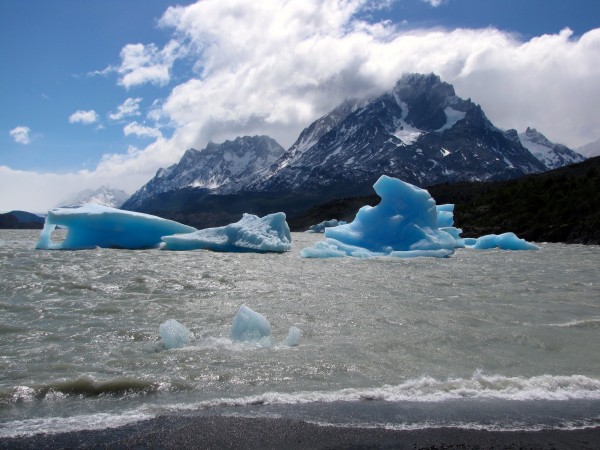