Packed Suitcase | Out and About: The 2015 Philadelphia Flower Show
7124
post-template-default,single,single-post,postid-7124,single-format-standard,ajax_fade,page_not_loaded,,qode_grid_1300,hide_top_bar_on_mobile_header,qode-content-sidebar-responsive,qode-theme-ver-13.2,qode-theme-bridge,wpb-js-composer js-comp-ver-5.4.5,vc_responsive

Out and About: The 2015 Philadelphia Flower Show 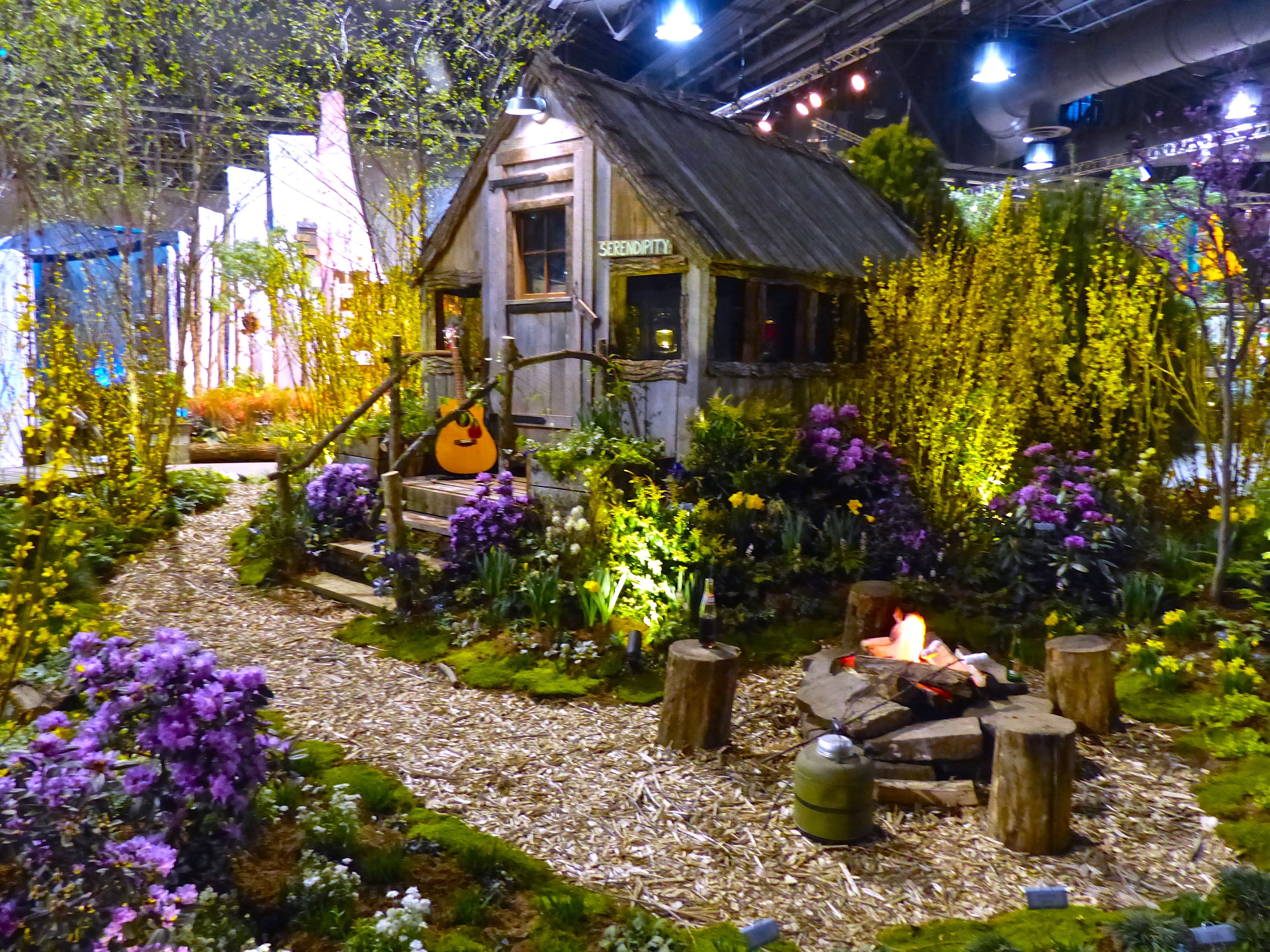 28 Feb Out and About: The 2015 Philadelphia Flower Show

As the world’s oldest and largest indoor flower show, the Philadelphia Flower Show has been delighting visitors from all over the globe since 1829. Smartly running during the bleakest time of the year, the show attracts a staggering 260,000 attendees each year with promises of vivid color, of spring-like fragrance and of elaborate floral displays.

So it was with great enthusiasm that I escaped this excessively cold February day for a special sneak peek at this year’s show.

This year’s theme is “Celebrate the Movies” featuring the films of Disney and Pixar, and upon entering the cavernous Convention Center I was immediately transported… and transfixed.

A red carpet was rolled out for the occasion, with giant spotlights swaying, iconic movie soundtrack themes booming from above and flowers in all directions. 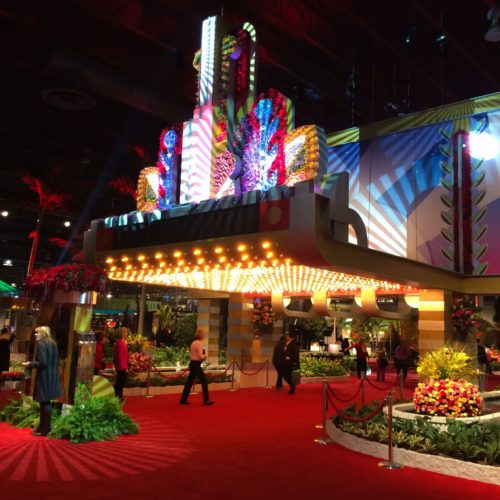 The grand entrance to the 2015 Philadelphia Flower Show!

At first, I wasn’t sure where to go first, so I decided to veer to the right and work my way through the room, so as not to miss anything. This proved to be a good strategy because I discovered that the room was loosely organized into 3 sections.

Right: The biggest, most elaborately-themed displays 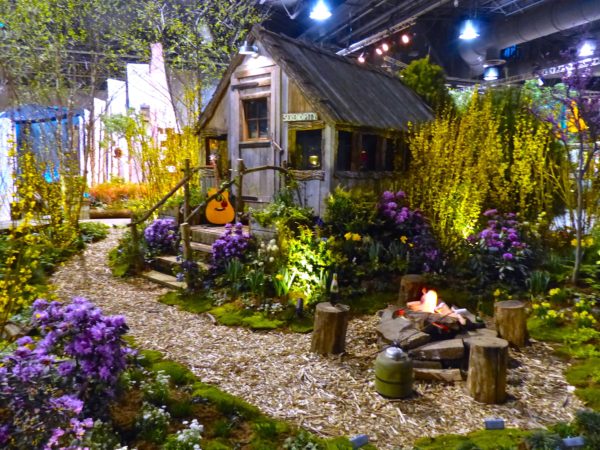 An interpretation of the cabin scene in the Parent Trap 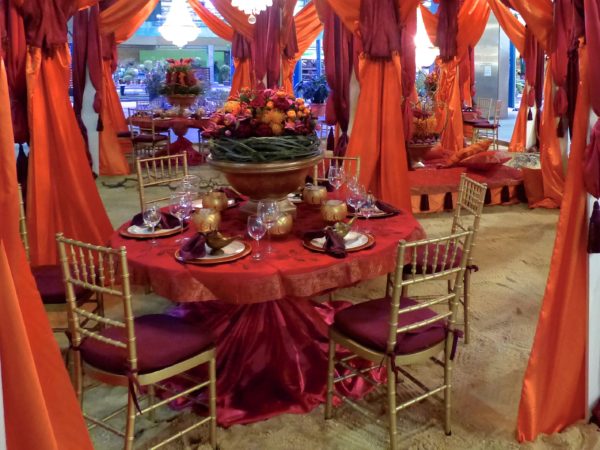 A feast fit for Aladdin 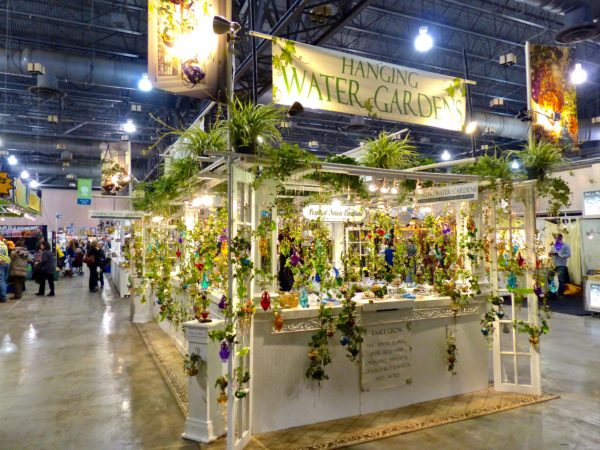 Now, I don’t want to give it all away, because the show will be going on from February 28th to March 8th, but here’s a peek at some of my favorite displays from this year’s Flower Show. 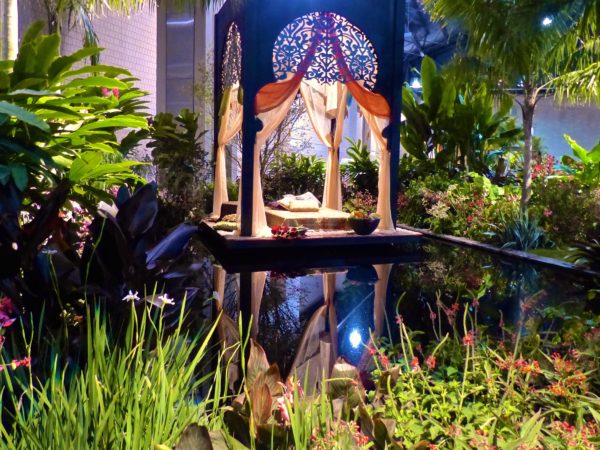 The Prince of Persia 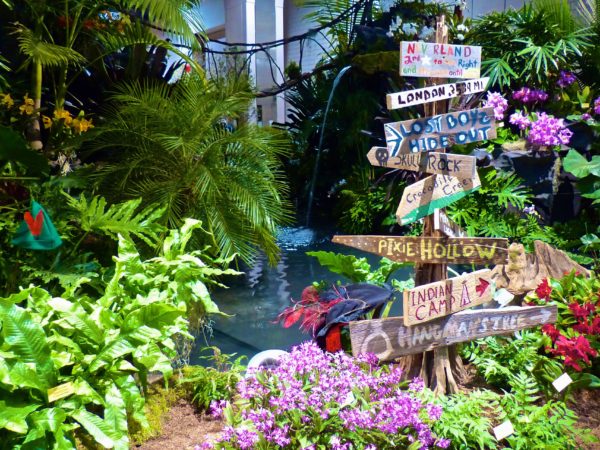 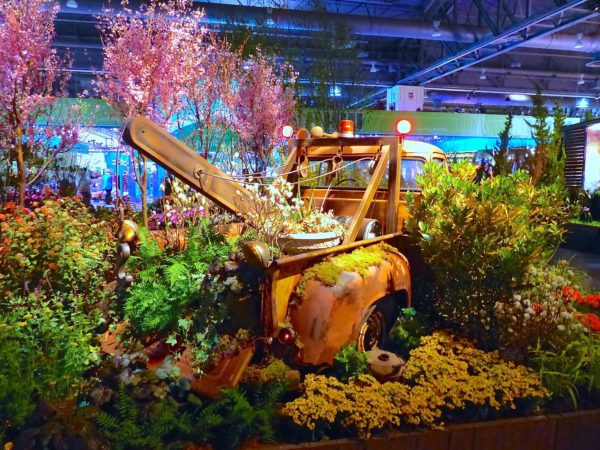 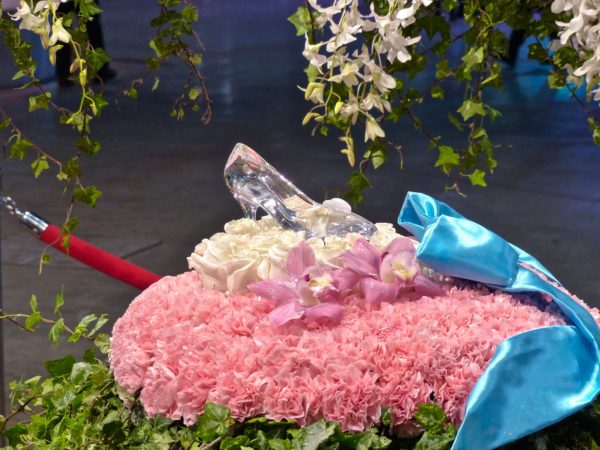 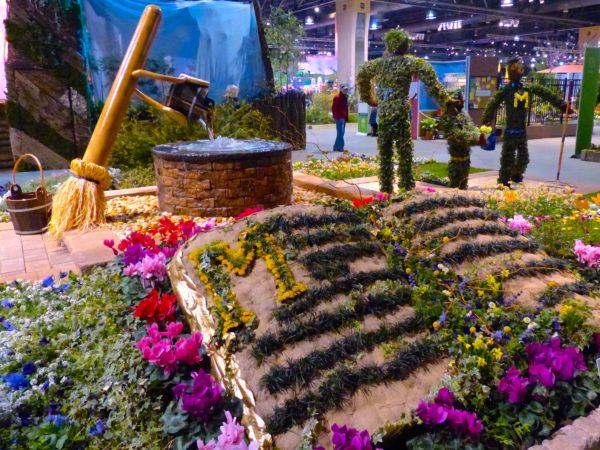 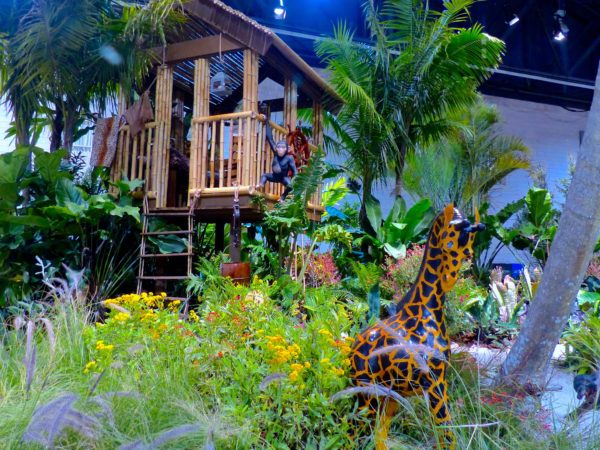 Tickets are available for purchase at the Philadelphia Convention Center, located at 12th and Arch Streets. Adult: $27, Student with ID: $20, Children 2-16: $15, Children under 2: free