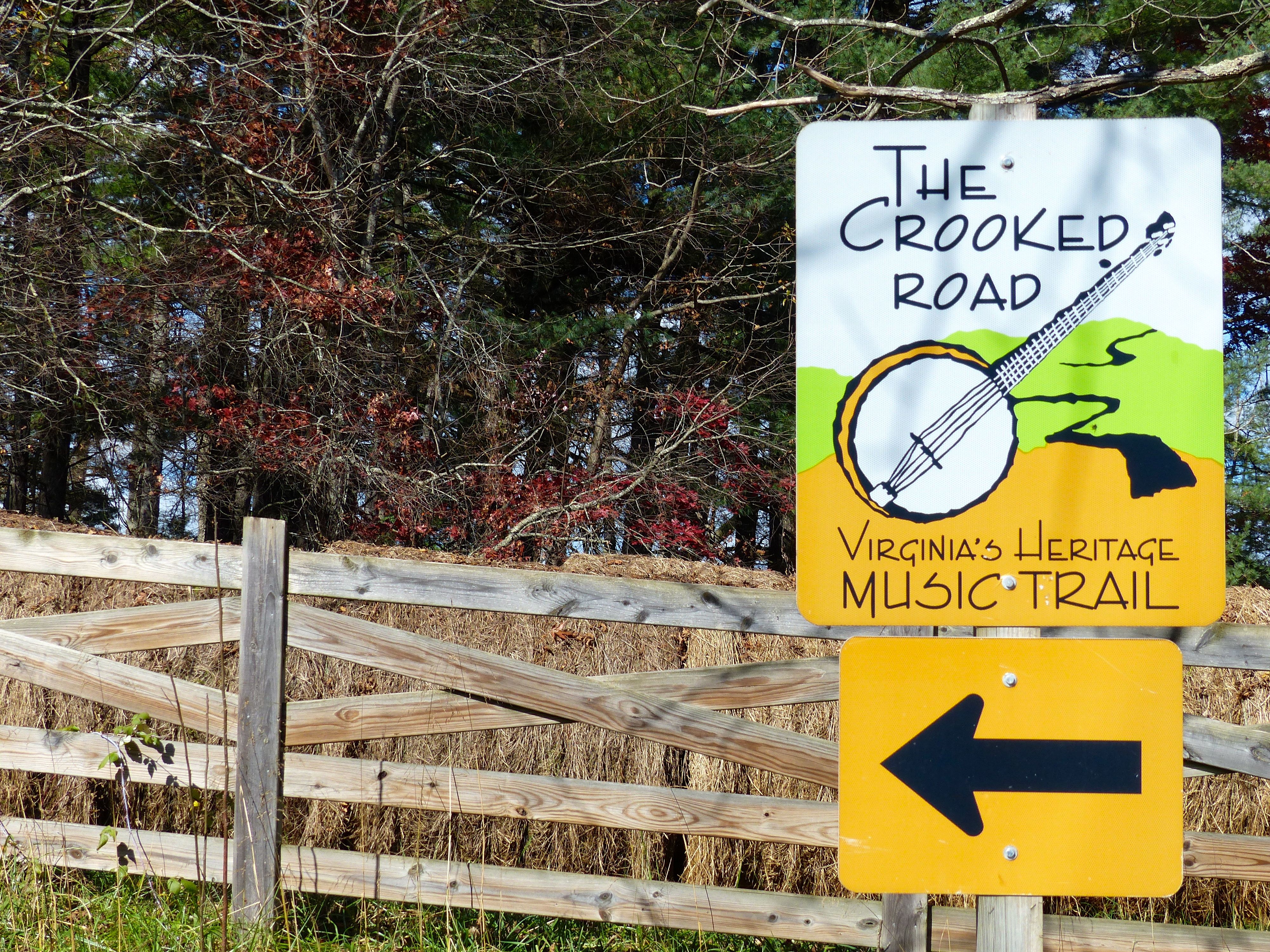 After several trips down to Southwestern Virginia in the past year, I’ve realized a few things about myself.

One: There’s a big part of me that wishes I had a southern accent
Two: Pimento cheese slathered on ritz crackers is amazing… especially when washed down with a cold glass of sweet tea
And three: I really, really like bluegrass music 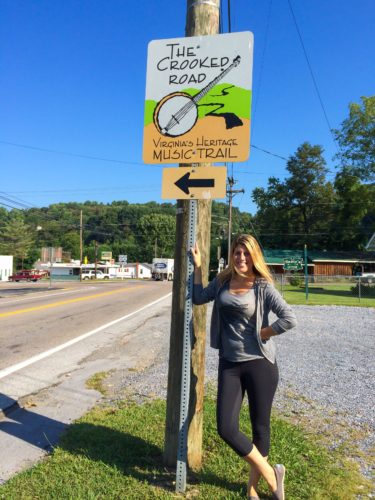 That last one in particular was a surprising realization for me. You see, bluegrass was a style of music that until about a year ago, I didn’t really understand. Was it country? Was it twangy? Was it cool? Then I visited the Floyd Country Store and I discovered that the answer was: yes, yes and yes. I found that bluegrass music, and the entire “mountain music” culture that surrounds it, is right up my alley.

To me, the music of this region is joyful. It bubbles up from inside talented musicians — often sons, fathers and grandfathers playing songs together from memory — and as their music hits my ears I hear an authenticity and spirit that is infectious and soothes my soul.

At the heart of Virginia’s bluegrass scene is the Crooked Road. It’s a 330 mile long road-tripping route which connects the region’s major musical venues. All along the scenic route you’ll find ample opportunities to experience this heritage for yourself firsthand.

On my last trip to Southwestern Virginia I got experienced a few more stops along the Crooked Road. Here are my favorites.

Heartwood in Abingdon
Wherever you go along the Crooked Road, music is sure to be close by. That applies even to the museums. Heartwood in Abingdon is known as Southwestern Virginia’s artisan gateway. The 30,000 square foot facility is home to 4 galleries featuring juried artwork and crafts from local artists, and serves as a primer on all things Crooked Road. Visitors can learn about the areas musical history, listen to music and see handcrafted instruments made by local luthiers. There’s a restaurant serving up local specialties on the premises, as well as a stage which features frequent concerts from local musicians. 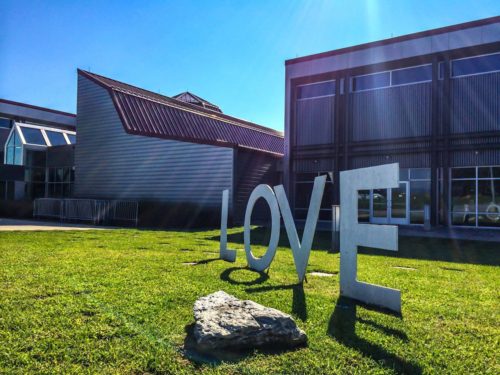 Heartwood is feeling the LOVE 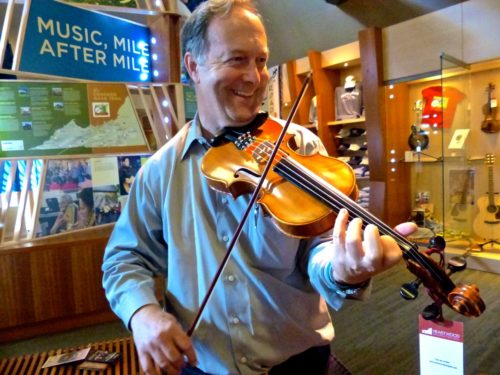 The Crooked Road’s Executive Director, Jack Hinshelwood, treats visitors to an impromptu concert. I dare you to resist tapping your feet!

Bristol, Virginia
Bristol is actually so far south into the state that the city is actually split in two– half in Virginia and the other half in Tennessee. All along the main street, aptly called “State Street,” are brass plaques to help you keep track of exactly which state you are in at all times. (A fact that I found immensely fun.) 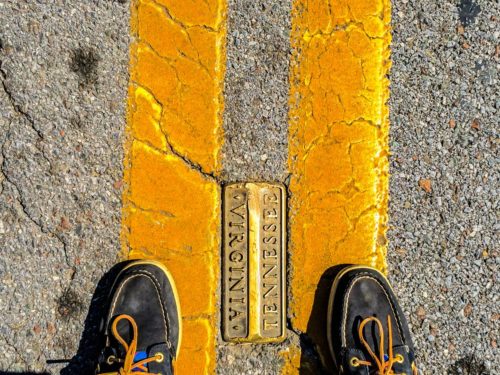 But Bristol is most notable as the home of the 1927 “Bristol Sessions,” a series of musical recordings which Johnny Cash called “the single most important event in the history of country music.” During the 10-day session, producers from the Victor Talking Machine Company searched for local performers specializing in the region’s “mountain music.” The recordings were a huge success, creating the “big bang of country music” while launching the careers of artists like Jimmy Rogers and the Carter Family.

In August 2014, the Birthplace of Country Music Museum opened. It’s goal: To celebrate the everlasting impact of the Bristol Sessions and how it led to the popularization of today’s country music scene. The museum is a Smithsonian-affiliate featuring lots of modern exhibits allowing visitors to listen, interact with and experience. There’s even a karaoke booth where you can sing along to some of the most famous recordings to come out of the 1927 Sessions. 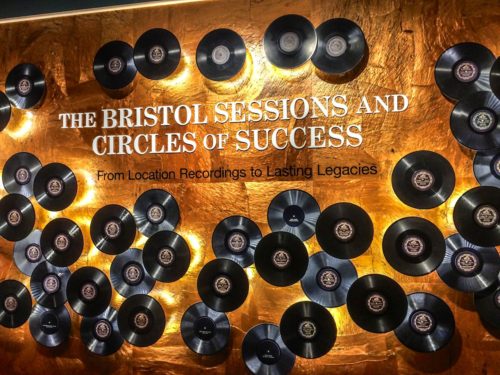 I was also fortunate that my Bristol trip coincided with the annual Bristol Rhythm and Roots Reunion— a 3-day festival which takes place the 3rd weekend each September. 22 stages are set up all over town, featuring various styles of music that tell the story of Appalachia’s musical heritage which first became popularized in Bristol. I loved just wandering from stage to stage, stopping as the music drew me in. It was quite the event! 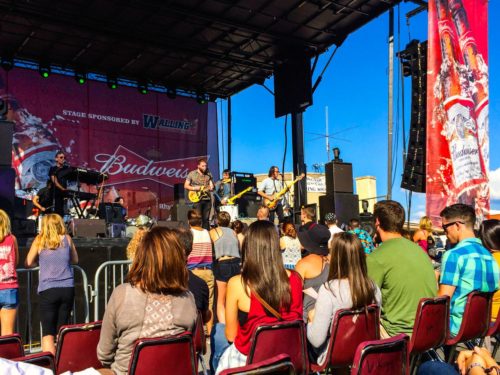 Up close at Bristol Rhythm and Roots Reunion 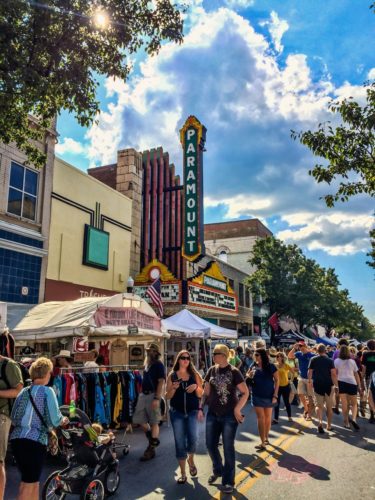 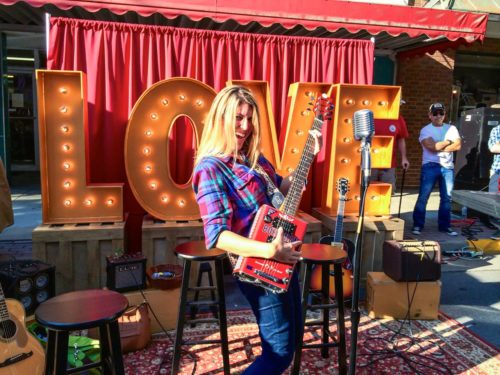 I couldn’t resist jamming out a bit, too. (Or, pretending to…)

The Carter Family Fold
Every Saturday around 5:30 pm, the doors at the Carter Family Fold concert venue in Hiltons, Virginia opens its doors. As has been done for nearly 40 years, people from all over the world file through, grab a cup of sweet tea and a homemade tuna salad sandwich, dust off their dancing shoes and settle in for a night of live bluegrass and old time music. 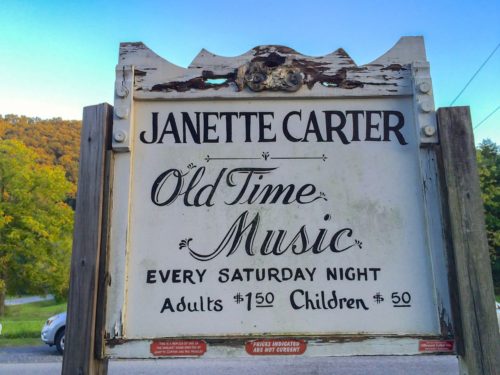 The 850-person garage-like concert hall was established by the Carter family in 1976 in honor of A.P. and Sara Carter and in the years since has been helping to preserve the legacy of the region’s country and bluegrass music in one of the most authentic concert experiences around. The stage has hosted countless artists through the years, including talent like Johnny and June Carter Cash, Waylon Jennings, Ralph Stanley, Doc Watson and more. 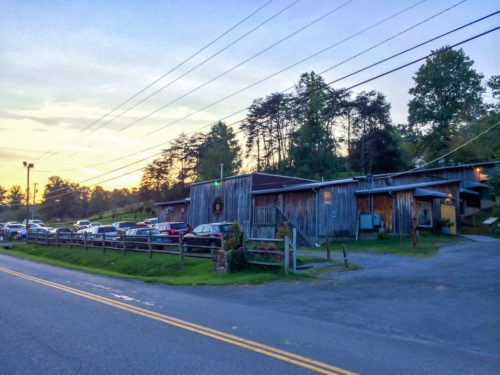 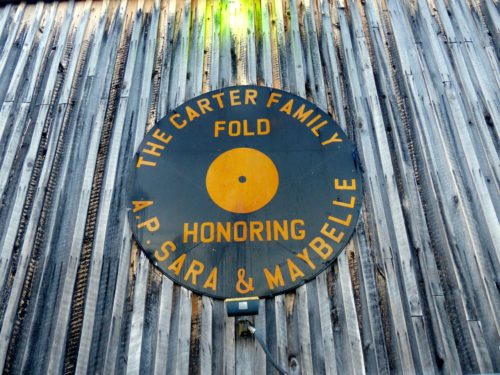 At 7:30 pm, Rita Forrester, the daughter of Janette Carter, kicks off the concert much like a town meeting: polite acknowledgments of important guests as well as requests for prayers for the week’s sick list and recent deaths in the local community. Instantly, all are made to feel like part of the local community. Then, just like that, the show begins! The music kicks off and within a few measures, people are up on the floor, tapping and clogging away in the region’s traditional flat foot style. 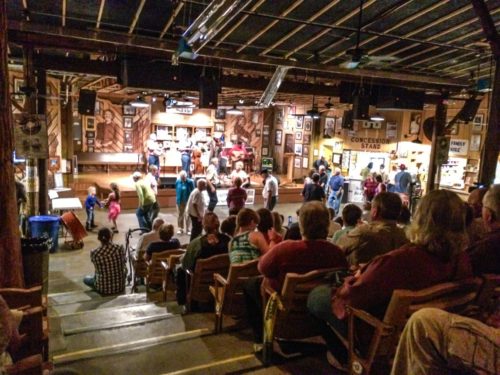 The whole event is a feast for the senses. On warm evenings the venue’s 18 garage doors open, allowing a crisp breeze to circulate through the stadium seating. The music’s energy is infectious. The homey food is comforting. The clack, clack, clacking of the dancing could give you a headache if it wasn’t so enjoyable to watch. And Opie the waltzing rescue dog steals the show. (Yes, a waltzing rescue dog— who whines if he’s not whirled around the dance floor when a waltz comes on. “But he only waltzes,” says Rita, approvingly.) 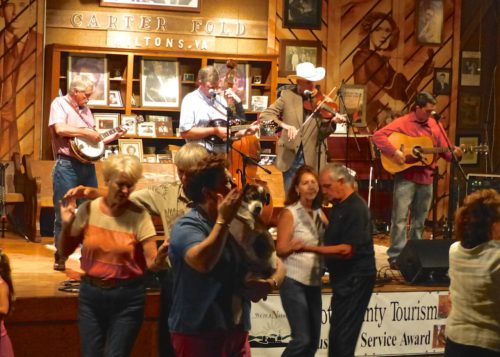 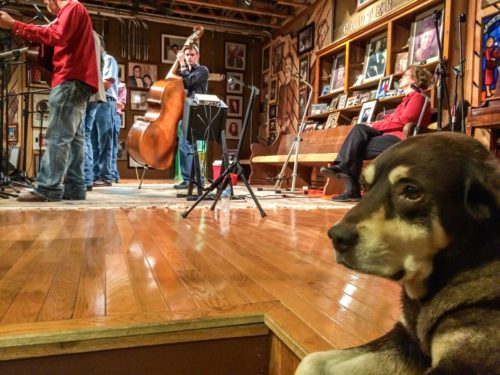 A visit to the Carter Family Fold makes for a perfect grand finale to sum up this trip. At its heart, Southwestern Virginia is all about fostering community togetherness through music, dancing, culture and a no-fuss style. It’s a glimpse into a heritage that somehow manages to stay alive and vibrant here along the rural span of the Crooked Road. And, I’m counting the days til I can return once again, and continue the route where I left off… soon!

An ending note… a video of the show at the Carter Family Fold. Enjoy!