5 Things I Love About Marion, Virginia 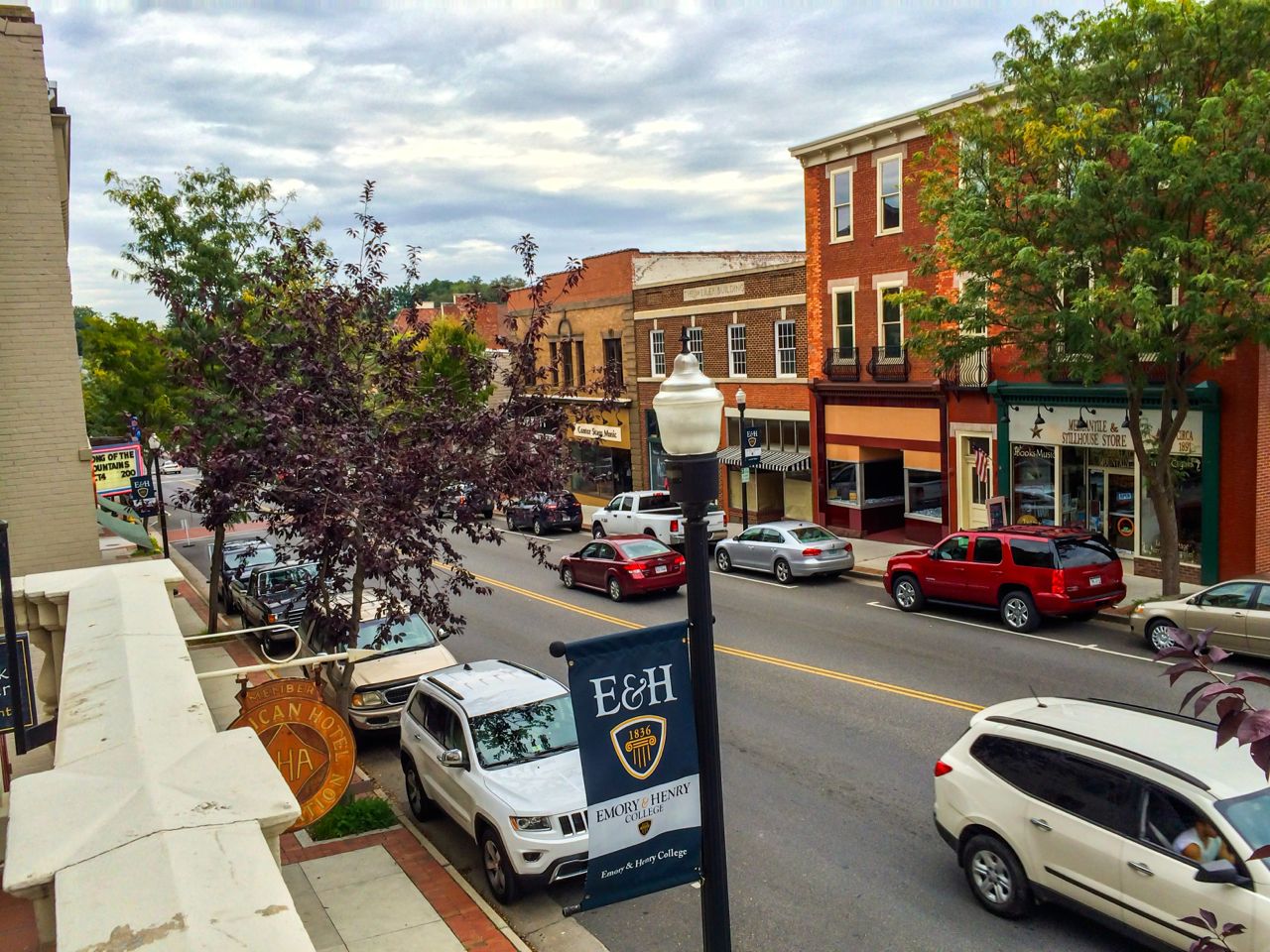 Over the past 18 months, the small town of Marion, Virginia has experienced an incredible revitalization. Prompted by a community-wide determination to stimulate the local economy, new entrepreneurs and small businesses are flooding the historic downtown district to show that in terms of tourism, Marion means business.

Located about a mile off route I-81 in Southwestern Virginia between Wytheville and Abingdon, Marion is a easy stop for road trippers. There’s moonshine, and bluegrass, and BBQ and a gorgeously restored historic hotel all within easy walking distance of each other… pretty much everything you need to have a super visit.

I was so charmed by my overnight stay in this friendly and fun small town, that I wanted to share… so here are the 5 things I love the most about Marion, Virginia! 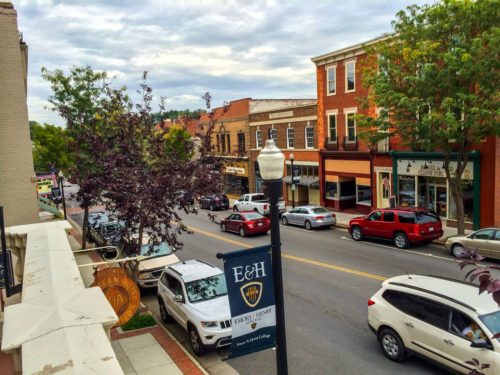 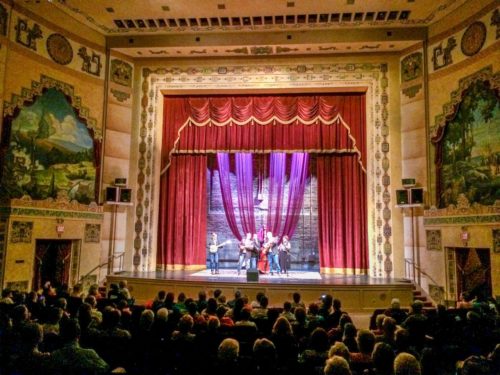 At first glance, the Mercantile & Stillhouse store on Marion’s Main Street looks like a straightforward, traditional country store featuring locally-made products. At least, it does until you continue on towards the back, where you soon discover the magic really happens. 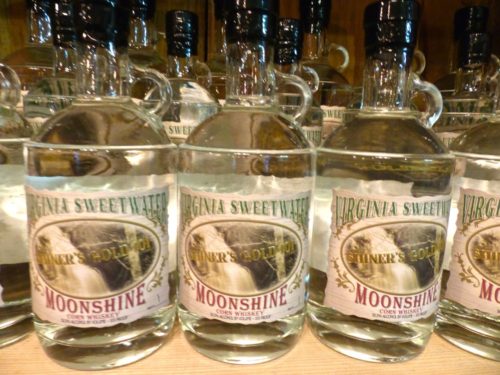 Opening in late August 2014, the Appalachian Mountain Spirits tasting room features several varieties of old-school moonshine whiskey, made in the woods in the old-style way… but legally. This storied illegal liquor has been a mainstay of the region’s culture and economy for generations, and Marion distiller Scott Schumaker is committed to bringing this heritage to the masses in a way that still preserves the mountain methods. Stop in for a $5 tasting of 3 x .5 ounce samples, and pick up a bottle or two to take home. Keep your fingers crossed that you are able to stop in on a day that features a bluegrass group playing in the tasting room, in traditional Floyd Country Store style.

TIP: Don’t pass up a sample of the “Apple Pie”, which is half 85-proof Virginia Sweetwater moonshine and half apple-cinnamon mixer. YUM! 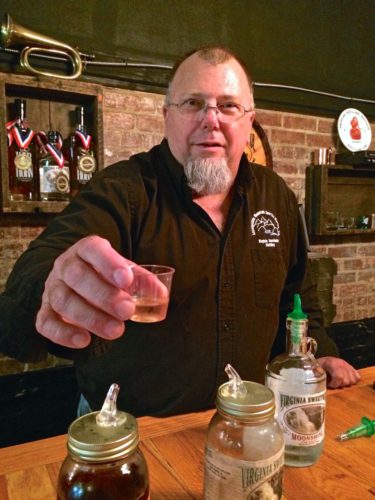 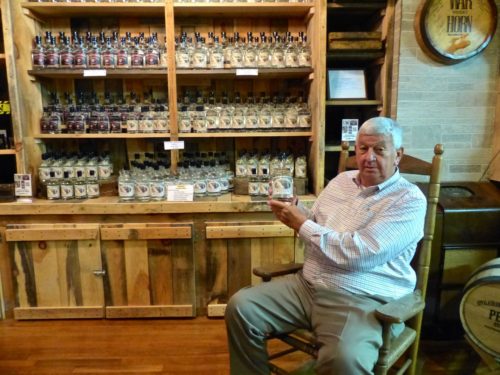 Marion Mayor David Helms (yes, the MAYOR!) takes a seat and shows off the moonshine

3.) Main Street is the place to be

Beyond the moonshine tasting room, Marion’s Main Street has a lot of good stuff going on. First, there’s the aforementioned Lincoln Theatre– a cultural center in the center of town.

Then, there are a bevy of brand new independently-owned and affordable restaurants, each with their own unique personality. My favorites? 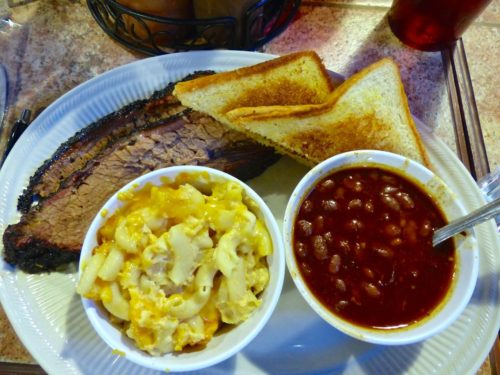 A mouthwatering plate of food from Wolfe’s BBQ

Lastly, there’s the Main Street lodging. Historic hotel-lovers will swoon over the lovely General Francis Marion hotel. While the rooms aren’t huge, they’re luxuriously-appointed and full of character… and all for around $100/ night. And B&B travelers will feel right at home at the 5-room Collins House Inn. 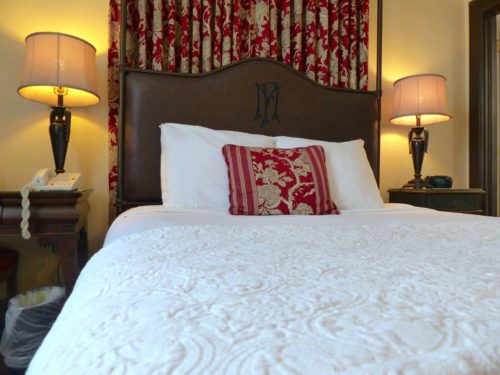 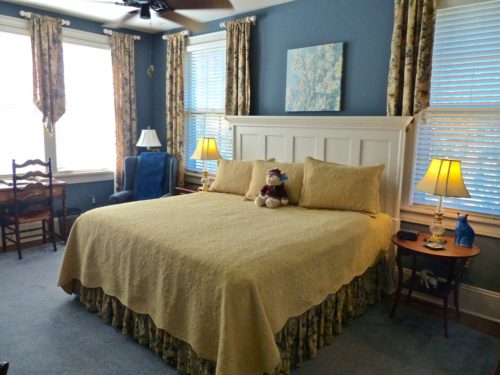 Thinking beyond Main Street, the area surrounding Marion has a lot to offer those in search of outdoorsy activities. There’s Hungry Mother State Park, which features a lake, a man-made beach, a restaurant, rental cabins and natural forest spread across nearly 3,000 acres. Hungry Mother has 18 miles of hiking trails, including Molly’s Knob, a nearly 4 mile hike that at 3270′ elevation has the best view in the park. 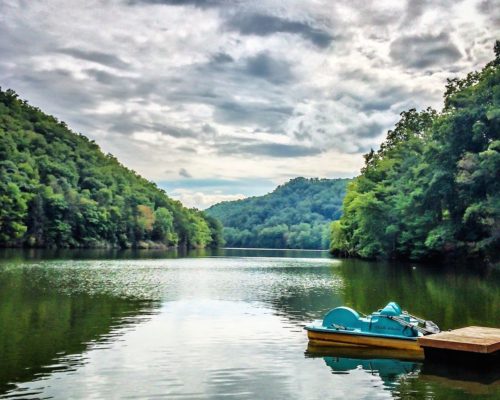 Marion’s also the beginning of the popular 32-mile Back of the Dragon motorcycle route. This curvy ride takes motorcyclists through the mountains, along scenic Route 16 to Tazewell, Virginia.

Bikers of the slower kind would love the Virginia Creeper Trail— a 35 mile bike trail that runs from Whitetop Station that runs down to Abingdon. Beginners should stick to the first 16 mile route from Whitetop and Damascus. All you have to do is start in Damascus at Creeper Trail Bike Rental & Shuttle (a 25 minute drive from Marion). There you can pick out your bike of choice and hitch a lift to the top of the mountain for $26. Then all you have to do is enjoy an easy, scenic downhill ride. 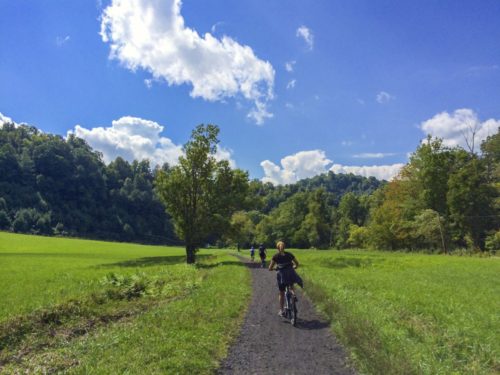 When you visit Marion, you will soon realize that everyone there knows everyone else. It’s a small community of just around 6,000 residents, and is the type of place where it’s not at all uncommon to see the town mayor stopping into storefronts along Main Street to see what’s going on.

Over the past year and a half, Marion has been operating with kind of a “if you build it, they will come” mentality, so everyone is incredibly welcoming of visitors and so pleased to see that the shared vision for their town has taken root. There’s an overarching spirit of pride and authenticity, making this is one small town that shouldn’t be missed.