Posted at 08:00h in Just for Fun by Christina Ricchiuti-Dubin 1 Comment

No, this isn’t the latest travel trend. Rather it’s a mnemonic device for Africa’s northernmost countries: Morocco, Algeria, Tunisia, Libya and Egypt.

I work at the National Geographic Channel, part of one of the smartest and most worldly organizations on the planet. I take a lot of pride from working here… and often feel a bit smarter just from walking its hallowed halls.

So, when I heard there was going to be a staff Geography Bee as part of National Geographic’s 125th anniversary celebration, I immediately knew that I was going to sign up to test my knowledge. The top 10 applicants would get to compete in a formal Geo Bee hosted by the master…. Alex Trebek. The prize? A trip for 2 to the Galapagos with National Geographic Expeditions. (Which just so happens to be on my 55 Places Bucket List…) 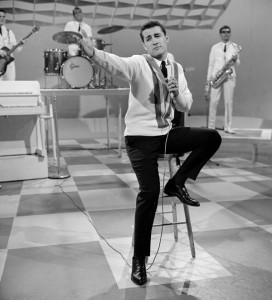 The only thing left to do was prepare.

As an avid traveler, one would assume that I’m a whiz at geography. Sadly, that’s just not so! Until this week, my grasp of the Middle East, Asia and Africa was embarrassingly sub-par at best. But, I approached this challenge with vigor, taking this opportunity as a challenge to learn things about countries that I didn’t even know existed. I learned about the Middle Eastern ‘stan countries, learned the world’s largest islands, each continent’s major rivers, and statistics about population and weather patterns.

Using the official Geo Bee Prep book, I learned the tricks of the trade, including the importance of deductive reasoning and reading between the lines to infer the correct answers. Perhaps I took it a little too far, but once I started, I just couldn’t stop the desire to learn! (Geeky or not, it’s true!)

Sitting down to take the test, I was brimming with restrained excitement. I always liked school and I got a happy flashback. Pointy-sharp yellow #2 pencil, scantron, sequestered cell phones… before we knew it, we were told to flip over our tests and begin.

I approached the test calmly and methodically, going slowly– question by question.

70 questions and 35 minutes later, I was done! The office chatter grew as we compared our answers. I think I ended up with a solid “B.” Respectable!

I was thankful that besides reviewing the obvious — where countries were located — that I had also specifically learned about the Prime Meridian, deltas and some population factoids. Everything came in handy.

In preparing for the test, I learned about our world. While I may not have made the top 10, I sure am a lot smarter than I was a week ago. Now, I just need to start a pub quiz team and I’ll be set!

Here are a few other fun facts that I’ve learned:

-There are a bunch of “C” countries in the middle of Africa: Chad, the Central African Republic and Congo.

-The Easternmost, Westernmost and Southernmost African countries all begin with “S”: Senegal, Somalia and South Africa*

-Denmark is the oven mitt (for baking DANISHes) on top of Germany with NORway to the NORth, SWatting (SWeden) Flies (Finland).*

*Thanks to my favorite podcast “Good Job! Brain” for helping me learn some of these facts quickly and effectively! You guys are the best 🙂