Posted at 06:00h in Bucket List, Go, My Travels by Christina Ricchiuti-Dubin 2 Comments

At first glance, 2011 was a bit of a tough travel year for me. Coming off of the epic-ness that was 2010 (A month backpacking around Australia and New Zealand?! Hiking to the bottom of the Grand Canyon?!) it’s been difficult to have to grapple with a consistent lack of excess cash and time off in 2011. This has led to a year where I traveled the least since I’ve been out of college.

However, this post (initially planned to be titled “2011: A Year of Relative Non-Travel”) has transformed into a celebration of domestic travel and personal growth. You see, it’s taken me until now to stop, reflect and really relish in all of the travel experiences and professional achievements that I’ve been able to procure this year.

First, and foremost… 2011’s the year where I became a freelance travel writer! I started out the year as a finalist in Gadling’s search for their next travel blogger, then was published on the Huffington Post before becoming a regular contributor to Go! Girl Guides. Most recently, I’ve started to write posts for Travel Channel’s blog. This is all in addition to purchasing the domain “PackedSuitcase.com” and keeping my site stocked with fresh original and contributing content.

To say I’ve been busy writing is an understatement.
Then, I became a part of the amazing travel social media community. I’ve made friends from around the globe through the force that is Twitter and went from 0 to over 1,600 followers in under 10 months. I met New York bloggers at a Restless Legs event after attending the New York Times Travel Show in March, and I have become a regular fixture at our own local DC Travel Tweet-Up events.
When it comes to actual travel, as I mentioned earlier I’ve been pretty hard on myself. It’s hard to feel authentic when you’re part of a community of people who really value travel, when you’re not actually traveling. But, in truth, I made my 10 vacation days really count.
In 2011, I was fortunate to get to travel to the following amazing destinations:
So, all in all, it’s been a pretty amazing year. And you know that I’m just getting started!
Stay tuned for my upcoming “2012: A Look Ahead” post to hear about all of the adventures I’ve got in store for next year.
Get ready… it’s going to be great. 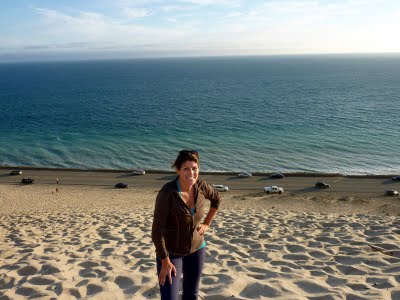